How we measure change

Impact and evaluation has been embedded in The Wave Project since day one. All our programmes evaluate wellbeing change from a participant and whole-group perspective. Every young person who has ever taken part in one of our programmes has completed a questionnaire before and after their course to tell us how it affected them. These client questionnaires use validated items to ensure they are accurate and robust. We also work with parents and referral partners to get their perspectives on changes to the children we support.

In the past 10 years, we have gathered information from over 3,000 young people in the UK, so have a large dataset measuring change across 17 measures of wellbeing including self-esteem, resilience, confidence, social trust, positive functioning and friendships.

We use the New Economics Foundation (NEF) definition of wellbeing, which emphasises the importance of ‘personal development’ aspects of wellbeing over ‘life satisfaction’ and relate this to physical health (NEF,2012). In other words, our courses are deigned to help children to; 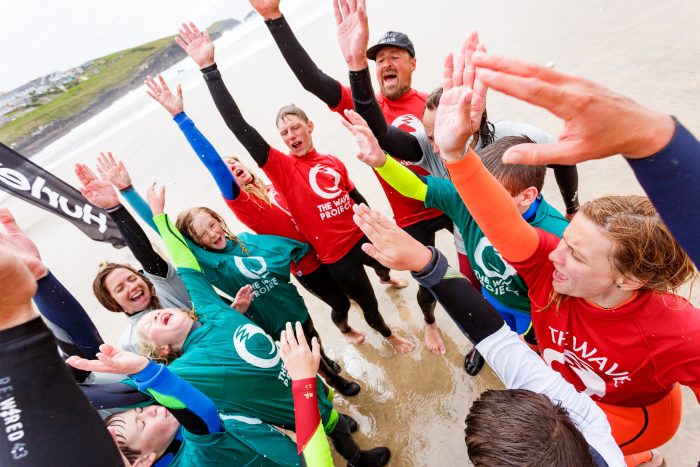 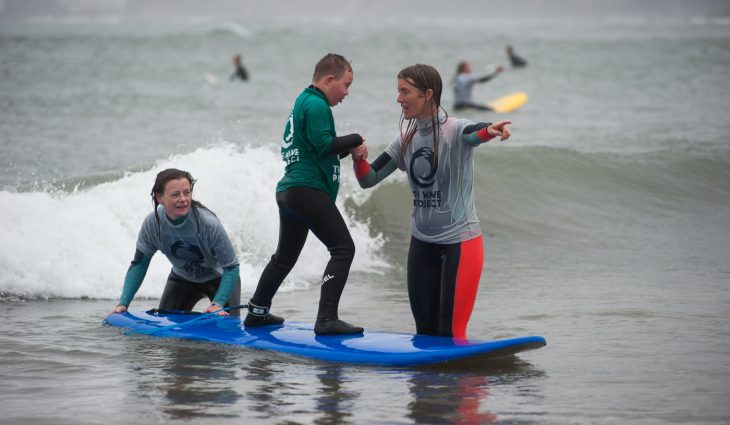 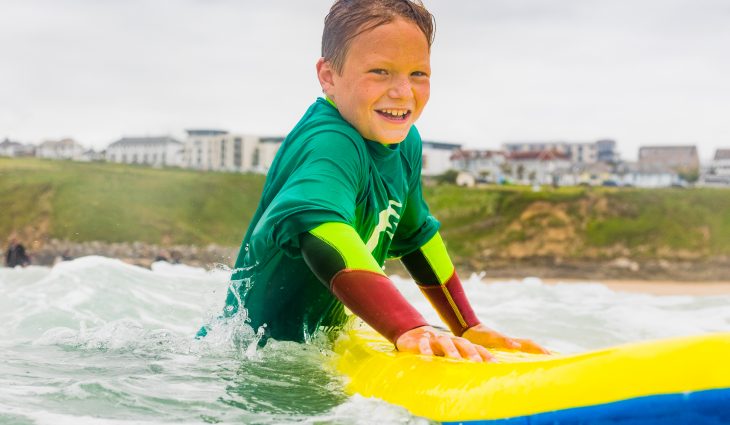 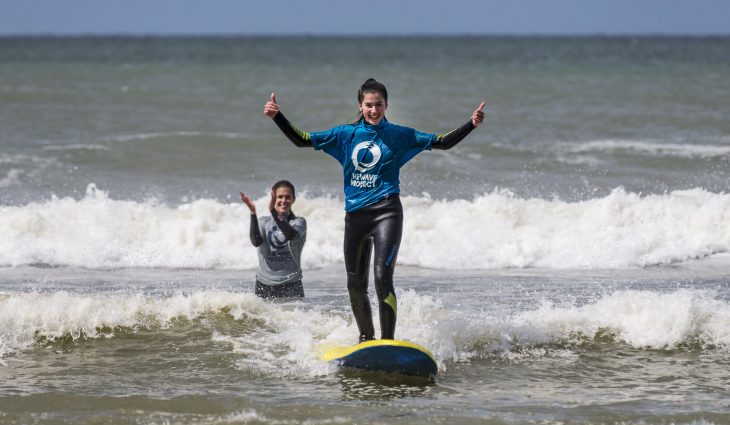 Charlotte was 12 years old when she attended her first ever surf therapy session with us nine years ago. Shy and under-confident at the time, she has since described the feeling of getting into the ocean as a transformative one, “the moment I stepped into the water, I felt more positive.”

Charlotte has become one of the best adaptive surfers in the world since, competeing in the Adaptive Surfing World championships and this year also becoming the UK Women’s Adaptive Surf Champion at the UK Surfing Open on Fistral Beach.

Congratulations Charlotte, you are such an inspiration!

Jay joined us for his 6-week course in 2015 as a very shy, nervous boy. He was full of anxiety and was suffering from alopecia which caused large areas of his ahir to fall out. He was very embarrassed about this and would not take his hat off. He was a victim of bullying and his self-esteem was low.

After a six-week surf therapy course Jay’s confidence was growing once more. Talking about how he feels now Jay says;

“I don’t wear my hat anymore, I have built up the onfidence to talk about my alopecia. If I lose my hair I pick a hairstyle to match in. I am starting to open up a little bit and with the help of the volunteers, I will get there. When I’m in the water it’s just me and the waves, no worries. If I’m frustrated I leave it in the sea, each wave makes it better, each wave is some worry and frustration being washed away.”

Having completed his six week surf therapy course Jay was keen to keep on benefitting from the thrill of the waves. Jay returned as a young volunteer, able to use his own experiences to calm and encourage young people arriving to their own surf therapy sessions for the first time.

“I love volunteering as I know how it is to be different. But different is good, it makes you special in your own unique way. I feel as though I’m giving something back for the help that all the volunteers have given me in the past, and their continued support for the future. Helping new surfers makes me feel good, even though I have my own worries.”

Jays hard work and generosity hasn’t gone unnoticed, picking up the Young Volunteer of the Year award at our annual awards night 2019. We could’t be more proud. 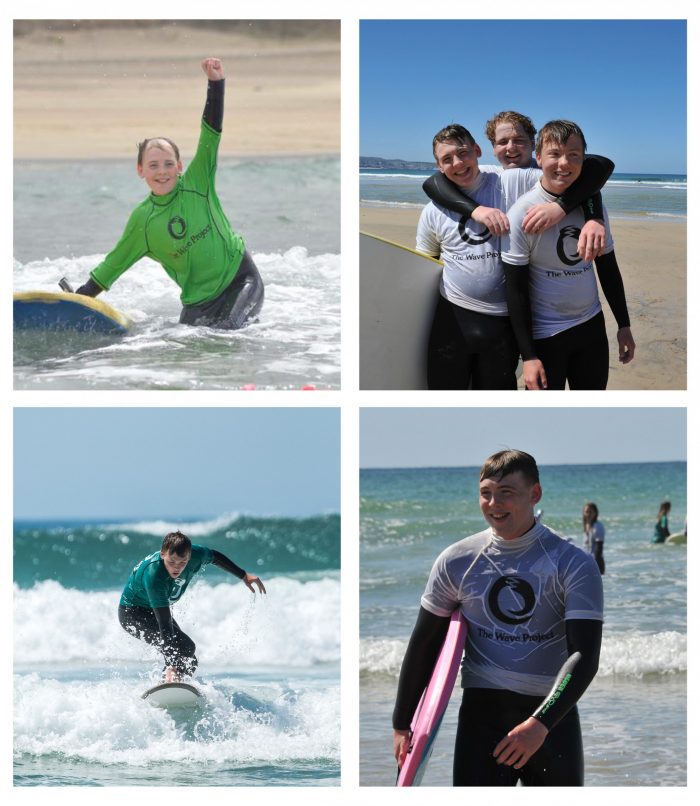 Measuring impact We measure the change to children’s wellbeing over time using pre and post questionnaires with a combination of standard measures and validated questions. The main scale we use in self-assessment is the Stirling Children’s Wellbeing Scale (SCWBS). This is a positively worded measure with two sub-scales – ‘positive outlook’ and ‘positive affect’, plus a social desirability subscale for younger children. The SCWBS measures emotional and psychological wellbeing, and has been validated with children aged eight upwards (Liddle and Carter, 2010). We also use measures from the Rosenburg Self-Esteem Scale and validated items from the Children’s Society and our own items. Data is collected on outcomes from each child’s perspective (subjective outcomes); parent and referrer perspectives (impacts); attendance data and transference to surf club post intervention (sustainability) and results of surveys focus group interviews with parents, staff and volunteers (process delivery). Since the Wave Project started in 2010, we have supported over 3,000 children and young people, each of whom has completed a pre and post questionnaire. We have passed 580 datasets to independent evaluators and psychologists for analysis, whose findings are outlined in the reports below.

There is one clear conclusion from all this evidence: surf therapy is beneficial as an intervention for young people in the UK facing social and emotional challenges. It helps them to feel more positive about themselves, socialise better with others, create new and stronger friendship networks and feel more confident and optimistic about their life. Both the process of surfing, and the supportive culture fostered by The Wave Project, are intrinsic to these benefits. In a nutshell, surf therapy works. 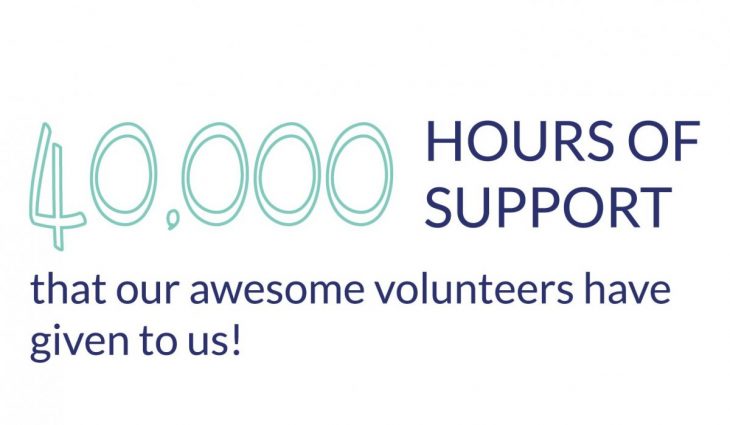 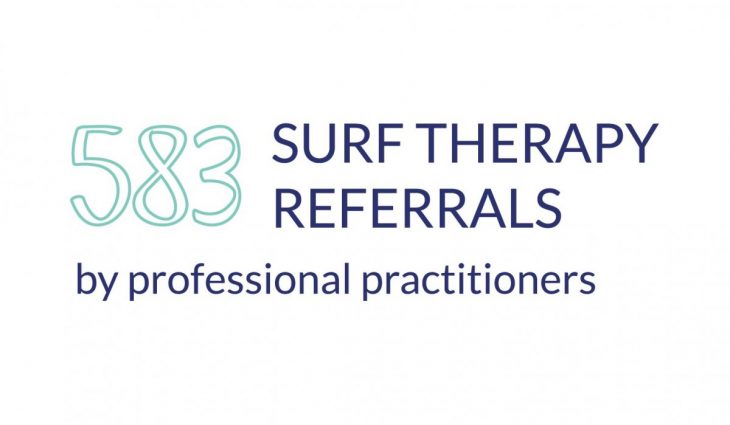 The Wave Project is also a founding member of the International Surf Therapy Organisation (ISTO).  A group of partner projects across the globe who are all using the power of surfing to effect positive change in people’s lives.  We’re committed to working alongside ISTO and sharing best practice guidelines for others who are just beginning their surf therapy journey – or as we like to say; ‘Go Far, Go Together’.