Children and young people on the Isle of Wight will be able to access our award-winning surf therapy intervention thanks to a major funding boost from the National Lottery Community Fund.

The Wave Project – the UK’s surf therapy charity – has been awarded £206,700 to fund a five-year programme to help children improve their emotional resilience and wellbeing through surfing.

The new funding builds on five years of work by the charity, which has used local donations and small grants to run its programmes for children on the Island.

Abbie James, the charity’s project coordinator on the Island, said: “We are delighted that the impact of surf therapy has been recognised with the allocation of this funding.

“By supporting the charity for the next five years we will be able to provide a valuable and dependable resource to young people who would otherwise find themselves isolated and unsure of where turn to for help on the Isle of Wight.

“We give young people a place where they can make friends and have fun whilst also remaining safe and supportive and welcoming of everybody.”

The large grant was awarded by the National Lottery Community Fund following years of positive results on the Island.

The Wave Project has worked with over 150 children and young people on the Isle of Wight in the past five years – with 90% of these showing clear and measurable signs of better emotional health following a short surf therapy course.

The charity works in partnership with local schools, health and social services, and other charities to identify children at risk.

It offers them a free six-week surfing course in which participants receive 1:1 support from a ‘surf mentor’ – a local volunteer trained by the charity.

Wave Project founder and CEO Joe Taylor said: “We are so pleased that children on the Island will be able to access surf therapy for at least the next five years.

“It is a fantastic tribute to the hard work of our staff and volunteers here that the project has been such a success.” 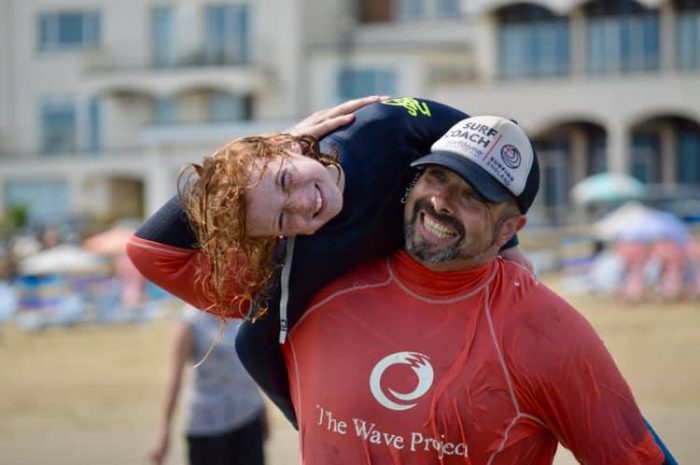 
Join Us Make
a Donation Make
a Referral