The Wave Project Scarborough has received a charitable donation from Proudfoot supermarkets this month towards much needed Surf Equipment. The family-run supermarket group supported the local charity with a donations of £250 through Nisa’s Making a Difference Locally charity, which raises funds from the sale of Heritage own label products and branded items featured on the Proudfoot promotional leaflet, in addition to funds raised via the four supermarkets’ in-store collecting tins. The Wave Project is an award winning UK charity that helps vulnerable young people experience a better life through surfing. Their work is an innovative and accessible way to help vulnerable children and young people improve their mental and physical health and well-being. The Wave project started in Cornwall 8 years ago and they now have a project in North Yorkshire, based in Scarborough, running courses at Cayton Bay and North Bay. They are now in their 3rd year and have worked with almost 100 young people and volunteers in the Scarborough area.

The Wave project takes referrals from professionals working with young people, who are asked to join their 6 week fully funded surf coursed, which run in Spring and Autumn. After completing the courses they are invited to join the surf club which runs weekly to enable them to remain engaged with the project and receive further support.

Chris Carter who runs the project said “We would like to thank Proudfoot for their support to keep us surfing!”
Valerie Aston, director at the Proudfoot Group, added: “We are delighted to be able to use our Making a Difference Locally funds to support Chris with this valuable project.”

“We would like to thank our customers for their continued support, through the in-store collecting tins and purchases of selected products in our stores; as without their support these community donations would not be possible.” 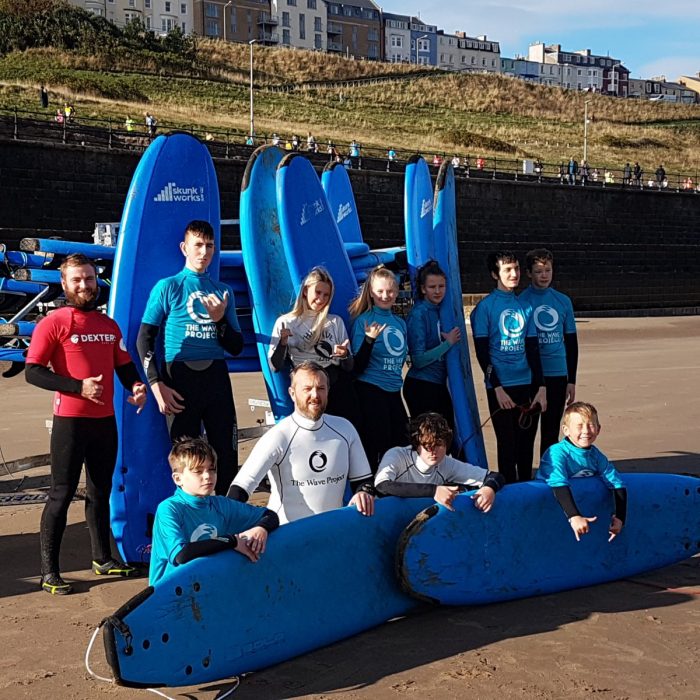