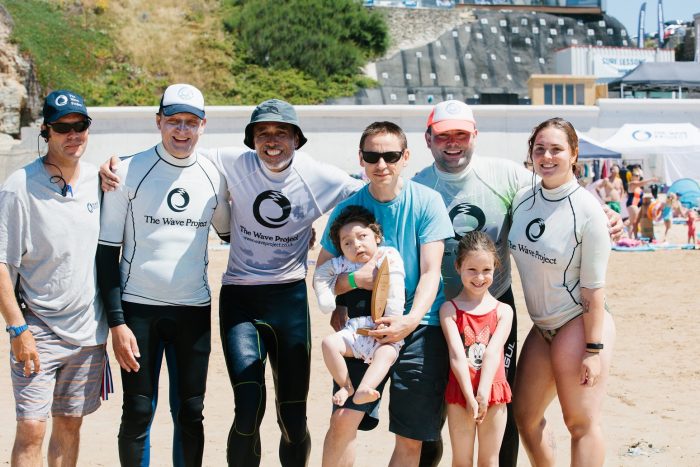 A child who cannot walk or sit up straight due to severe brain damage has won an award – for surfing.

Little Jacob, from Redruth in Cornwall, can only say one word – ‘Again”. But his mum Alex said he used it every time he caught a wave with his dad at the event in Watergate Bay, Cornwall, this weekend.

She said: “Jacob could not sit unaided due to severe and extensive brain damage but surfed in his dad Glen’s arms on the charity’s specially adapted board.

Jacob’s mother, Alex Stainer said: “Due to his complex needs, Jacob can only say one word – Again. But he didn’t stop saying it all day. Every wave he caught, he would say, “Again, again.”

Jacob, who suffered a stroke shortly after birth which left him permanently brain damaged,  had never been in a wetsuit before – let alone tried to surf.

But thanks to specialist equipment and an army of volunteers from The Wave Project,  including a crew from Cornwall Fire Service, he was able to catch his first wave in his father’s arms.

Jacob’s bravery won him the MS-Amlin award for Outstanding Courage, presented to a child who has overcome major barriers to try surfing.

Alex added: “All the volunteers made us feel so welcome – there were masses of them and they had given up their whole weekend. It was amazing – absolutely amazing that he had this opportunity. Even though we live in Cornwall, I never thought he would be able to surf.”

Another award winner from the event, Isaac Birchall, 7, from St Austell, has Down Syndrome and had also never surfed before.

Isaac’s mum Gill said: “It made me really proud. He did so well, he went along with the instructors and by the end of the session he was so much more confident.”

Both Jacob and Isaac were taking part in a weekend of surfing for disabled people organised by surf therapy charity The Wave Project.

Over 100 brave children and adults with disabilities and complex needs proved that surfing is possible for everyone at The Wave Project’s free charity event, the Summer Surf Challenge.

Participants were treated to perfect clean waves and bright sunshine at Watergate Bay.

They also had 1:1 support from volunteers, who came from as far away as North Yorkshire to take part.

Alongside them were a team of London city brokers from Insurance firm MS-Amlin, which sponsored the event.

Local volunteers also supported participants and guided them into the water. Some surfed on foam boards with handles, while others manage to surf independently with the support of a surf mentor from The Wave Project.

Wave Project CEO Joe Taylor commented: “This was the best Surf Challenge event we’ve ever had, in terms of participants, volunteers and conditions.

“The stunning weather was matched only by the rays of joy on the faces of participants as they rode those crystal-clear waves.

“We feel so blessed to have so much support from volunteers from all over the country. Even the England World Cup quarter final match on Saturday did not distract our volunteer surf mentors – they stayed on the beach all afternoon and continued running sessions right through. It was so lovely to see.”

It was the fifth year that the event has run in Cornwall, and was bigger and better than ever, according to the charity. 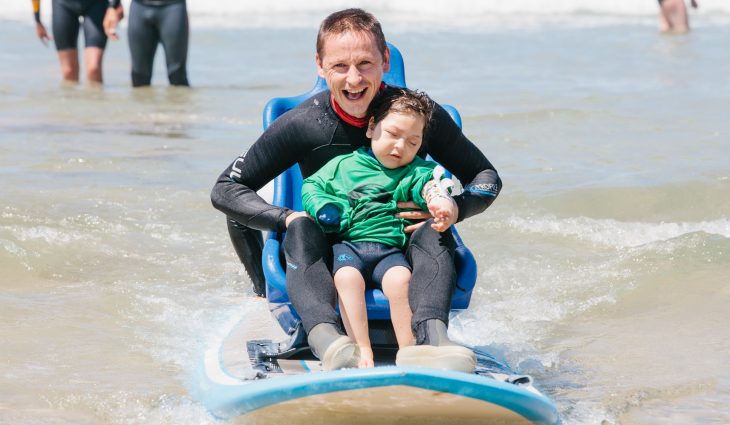 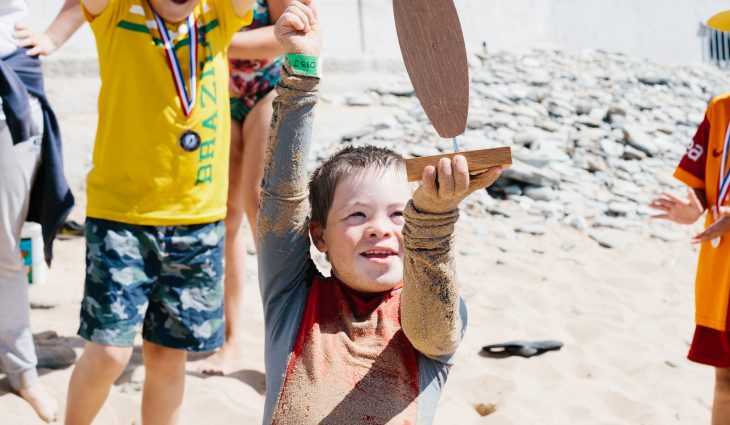 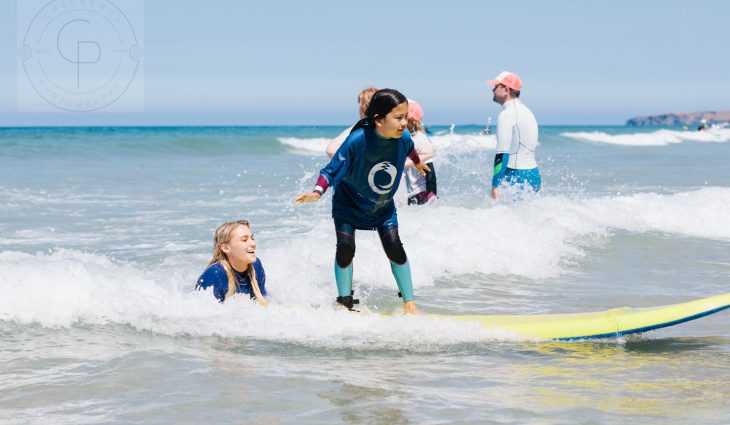