The Wave Project’s annual awards night took place at The Headland Hotel on the 24th of November.  The evening celebrated the incredible achievements of the young people, fundraisers, coaches and volunteers who have worked alongside us in the past year.

They were treated to the surprise announcement that Miss Pendleton became the charity’s new patron.

Speaking later as she gave an award, Miss Pendleton spoke about the importance of courage in your life She said: “Courage is not something you’re born with, or can train, it is simply there for you when you need it.  Courage is something we should take pride in finding within ourselves and also passing on to others, through encouragement.”

On the night, eight awards were presented to 24 nominees from all over the country.  They were chosen from over 2,000 participants, volunteers and surf coaches who have worked with the charity over the past year.

Nominees included, Ebon and Ansel Jack Parkin, two young brothers from Dunbar who cycled the breadth of Scotland, raising over £600 for their local project.  The award for Fundraisers of the Year was presented to Cornwall residents Pegleg Bennett and John Hudson who cycled the length of the UK on a Surrey Bike raising over £3,000 for the charity.

George Palmer, 11 from North Devon won the Adaptive Surfer of the year Award for his positivity and courage in taking up surfing with such enthusiasm, despite his Quadriplegic Cerebral Palsy and epilepsy.  When asked what his favourite bit about surfing was, a confident response of ‘wipe outs!’ was met with applause.  George surfs in a specially adapted board with a chair to ensure he can catch the most waves.

Leo Davies, from South Wales was another winner on the night, scooping the Progress Award, an award bestowed to young people who have made significant strides in their home and school lives after taking part in The Wave Project’s surf therapy programme.  Leo arrived at The Wage Project surf sessions as a selective mute with very low confidence.  Over the course of his involvement with the charity his confidence has grown in leaps and bounds.  Leo was even able to deliver a short piece to camera on the night, explaining that;  “Since being a part of The Wave Project I am a much happier person and far more confident.”

Elsy Williams, age 11 from Newbury in Berkshire, won the charity’s prestigious courage award in recognition of her determination to surf despite having an acute Auto Immune Disorder.  Elsy has severe and life threatening allergies that could result in a traumatic and potentially life threatening reaction at any time.  Elsy   is one of over 1,000 young people that The Wave Project has worked with this year and will continue to support next year through surf therapy.

Her mother Lisa Miles said: “Taking part in the Wave Project has transformed Elsy’s life.  Elsy hates being different.  At home and at school she has to wear gloves and  be so careful with her allergies, – but put her on the beach and she transforms into a herself, her anxieties melt away and she can just be herself.  The Wave Project have given her a safe space to be herself, and that’s invaluable.”

The Night’s Winners were: 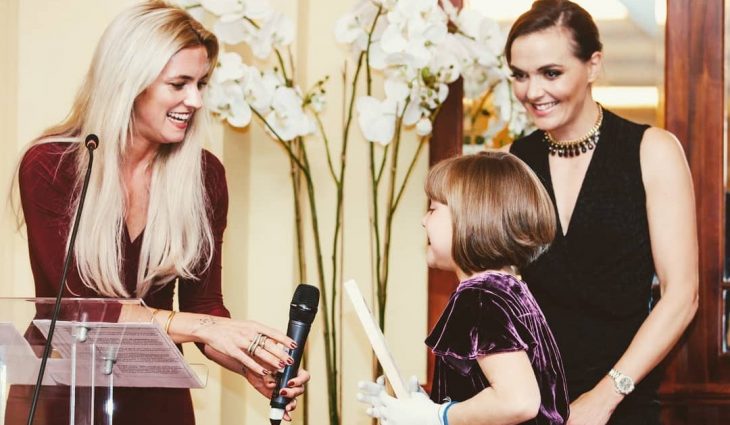 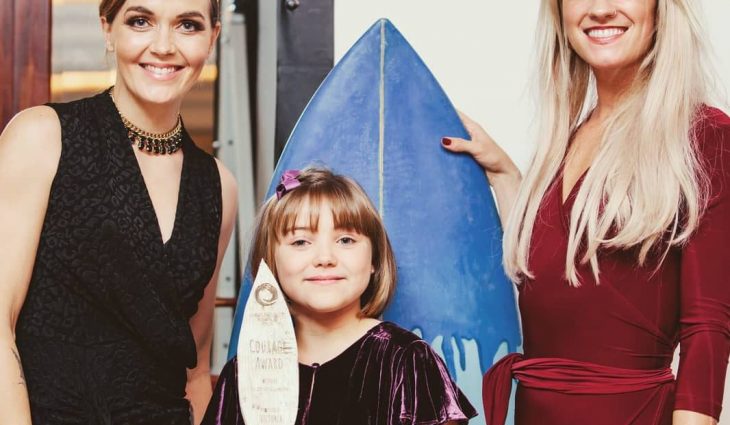 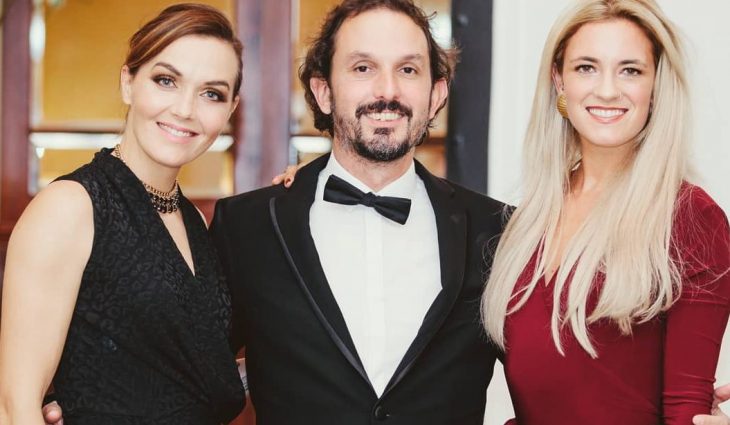