The Wave Project in Devon has won an award for its work towards Contribution to Inclusive Sport through surfing.

The Wave Project was shortlisted for public vote alongside organisations in a further eight categories at the annual Devon Sports Awards gala.

The organisers of the awards night, Active Devon, The Exeter Foundation and Exeter College use the awards to ensure people from all sports, at all levels, seize the opportunity to celebrate their clubs, coaches, volunteers and sports star.  Now in their 21st year the club celebrates the best of community sport across Devon.

Wave Project South Devon coordinator Katie Smith said: “It’s absolutely brilliant for The Wave Project to be recognised for the work it’s doing across Devon, to open up surfing to a wider range of people.  We have two projects that run on both the North and South coast and the number of young people’s lives who we have positively  affected through The Wave Project continues to grow each year.”

Joe Taylor, CEO of the charity said “It’s so heartening to see the Wave Project being recognised for the valuable work it does.  What makes this award success all the sweeter is that it is the result of a public vote.   Knowing that the Devon community has gotten behind the charity is such a wonderful feeling, we can’t thank everyone who voted enough!”

Congratulations to our regional co-ordinators in Devon; Ian Bennet, Helen Blackman and Katie Smith as well as our team of extraordinary volunteers who make delivery of the projects possible across the region, this award is a testament to your dedication and hard work!  Congratulations. 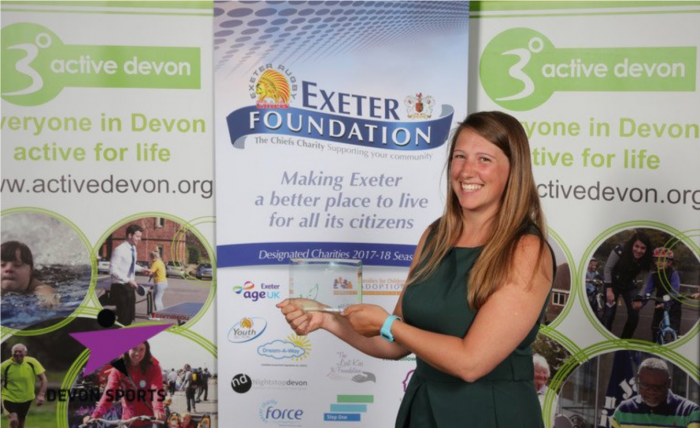